And the winner of the IBM XPages Extension Library Book Giveaway is... 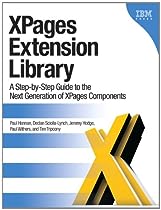 Don has won a copy of the XPages Extension Library: A Step-by-Step Guide to the Next Generation of XPages Components compliments of IBM Press simply by adding a comment to my post last week.

For anyone who missed the review, here's a recap via the Conclusion:

My Google-fu failed me. I can't believe there's not one '"No Admins Allowed" sign written like boys trying to keep girls out of their clubhouse'-image readily available...

Who this book is for:

Who this book is not for:

IBM Press has a winner on their hands here... but a developer that is new to XPages should consider purchasing Master XPages first.

If you read this site, have written a few XPages applications, and are looking to either dive into the ExtLib or make sure you're getting the most out of it, then I can't recommend the XPages Extension Library: A Step-by-Step Guide to the Next Generation of XPages Components enough!

Congratulations to Don (I'll be in touch!), and thanks for everyone who participated in the contest.

I really enjoy being able to run these reviews/giveaways on the site, so expect to see more contests like this in the near future!

About the author: Chris Toohey

Get the latest news, features, reviews, and more sent to your inbox!

Use our Contact / Feedback form or one of these email addresses:

Except where otherwise noted, dominoGuru.com by Chris Toohey is licensed under a Creative Commons Attribution-ShareAlike 4.0 International License.